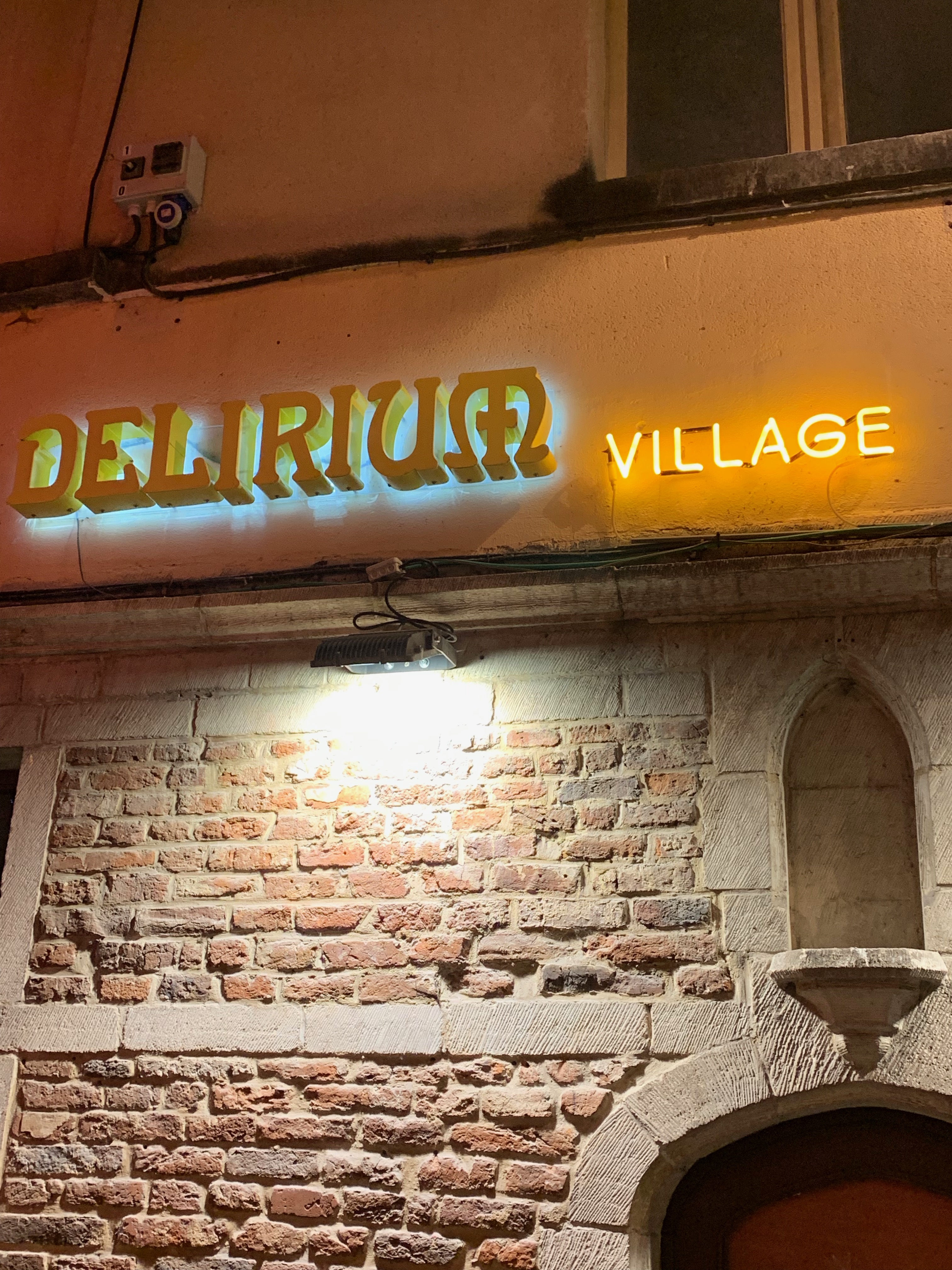 This venue is essentially an alleyway of bars in Brussels consisting of multiple floors and bars that all fall under the umbrella of Delirium Village. It can be crazy busy in the evening despite its size.

I’ve been in at various days and times of day (and as you might expect) on a Friday night, it actually gets to crowded to move around, let alone order a beer. The place is huge, and somehow still not big enough.

The “main building on the right, has 13 taps downstairs. There is a menu of about 30 beers including bottles– but if you ask for it, they’ll provide their full “catalog” of over 3,000 beers. It is naturally full of mostly Belgium beers they do have a smaller (still large) selection from Europe and worldwide.

It can get quite warm downstairs with so many people and dance music plays loud as the crowd shouts to have conversations over it. There are bottles, glasses and signage decorating every available space.

Upstairs, on the main level there are 29 taps of mostly Belgium beers and multiple rooms of tables for seating.  There is a third level in this building, the Hoppy Loft which features 17 more taps heavier on beers from outside Belgium and even more seating as well as an outdoor seating area with its own hours: 4pm-10pm.

Directly across street, yet still part of the Delirium Village is the Floris bar which focuses on another of their brands known for fruit beers. The actual brewery is Huyghe Brewery but is known primarily for their Delirium brand. The area is so heavy with people, they warn you of the risk of theft with their WiFi password: BEWAREOFPICKPOCKETS

They boast a Guinness Record forn for the most varieties of bear commercially available. It was awarded at the count of 2,004 performed on January 9, 2004. They currently claim more than 3,000 but the sign on the building still reads, “More than 2004” when referencing the downstairs bar (the Delirium Café).