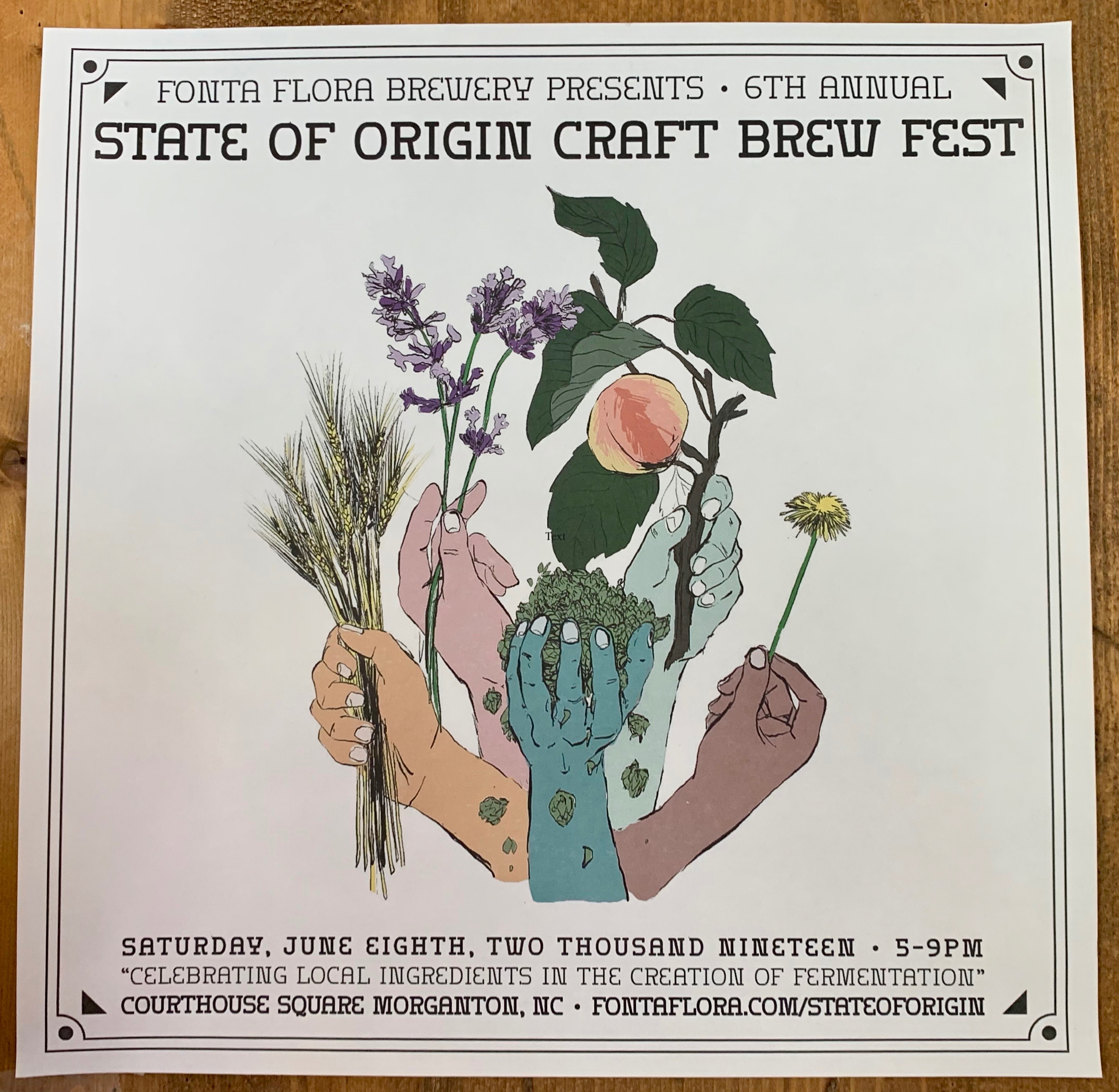 This was a 6th annual event held on June 8 2019. Tickets were $65 each, but were $55 when tickets first went on sale.  The price is well justified when you consider what’s being poured are among the most expensive bottles you’ll find in your favorite bottle shop and some amazing breweries were on hand to pour including Jester King, Trve, Carolina Bauernhaus, Fonta Flora, Burial, Salud and dozens more (over 30 in total). The event describes itself as follows:

State of Origin is a boutique craft brew festival focusing on fermentation which embraces the unique flora and fauna of each brewery’s “state of origin” in the creation of their craft brews.

The town had a free trolley service that did a loop around several area hotels which was very nice. Not knowing how frequent it was running, I took an Uber to the event from the hotel for only about $8 but Uber was not able to keep up with demand when the event concluded and so I did take the Trolley back and it was great.

Earlier in the day there was a tent in the square where you could pre-check-in to get your ID and tickets checked for a wristband as well as a table at Fonta Flora down the street who run the event. I didn’t realize it or would have got in a better position, but access to the event opened a half hour ahead of schedule to allow people to come in and wait in line for their brewery choice. A lot of us were at Brown Mountain Bottleworks (where Newgrass had a tap takeover going and were pouring samples) and I knew something was up when it cleared out about 20 minutes before the scheduled start time of 5pm.

Jester King’s line was the longest with their Spon 3 bottles expected to run out quickly and as we came in saw that Trve also had a very long line toward the entrance. The idea of allowing people to check tickets early and enter early was great and really kept things as under control as possible.

The majority of the breweries served from bottles as opposed to kegs due to the nature of these wild ales and sours. The event also has a nice sampling glass branded and with a unique shape. Fonta Flora also brews a special beer just for this annual event which could be pre-purchased and picked up at the brewery the day of the event.

The weather looked very bad but for the first half hour we were lucky and then the sky really opened up and poured hard. Luckily, they had prepared for this and there were several large tents to stand under when drinking, and naturally the vendors were covered in their own individual tents for pouring. Fonta Flora was even so nice as to bring large magnums into the tents and offer pours on the spot.

Another tip and note for myself next year. Quite a good number of people were staying at the Quality Inn where a large bottle share was planned. Personally, I’d had enough by the time the event drew to a close so I’m not sure I had a bottle share in me, but I guess you don’t get a large number of beer lovers in one place like this often so you’ve got to take advantage of it!