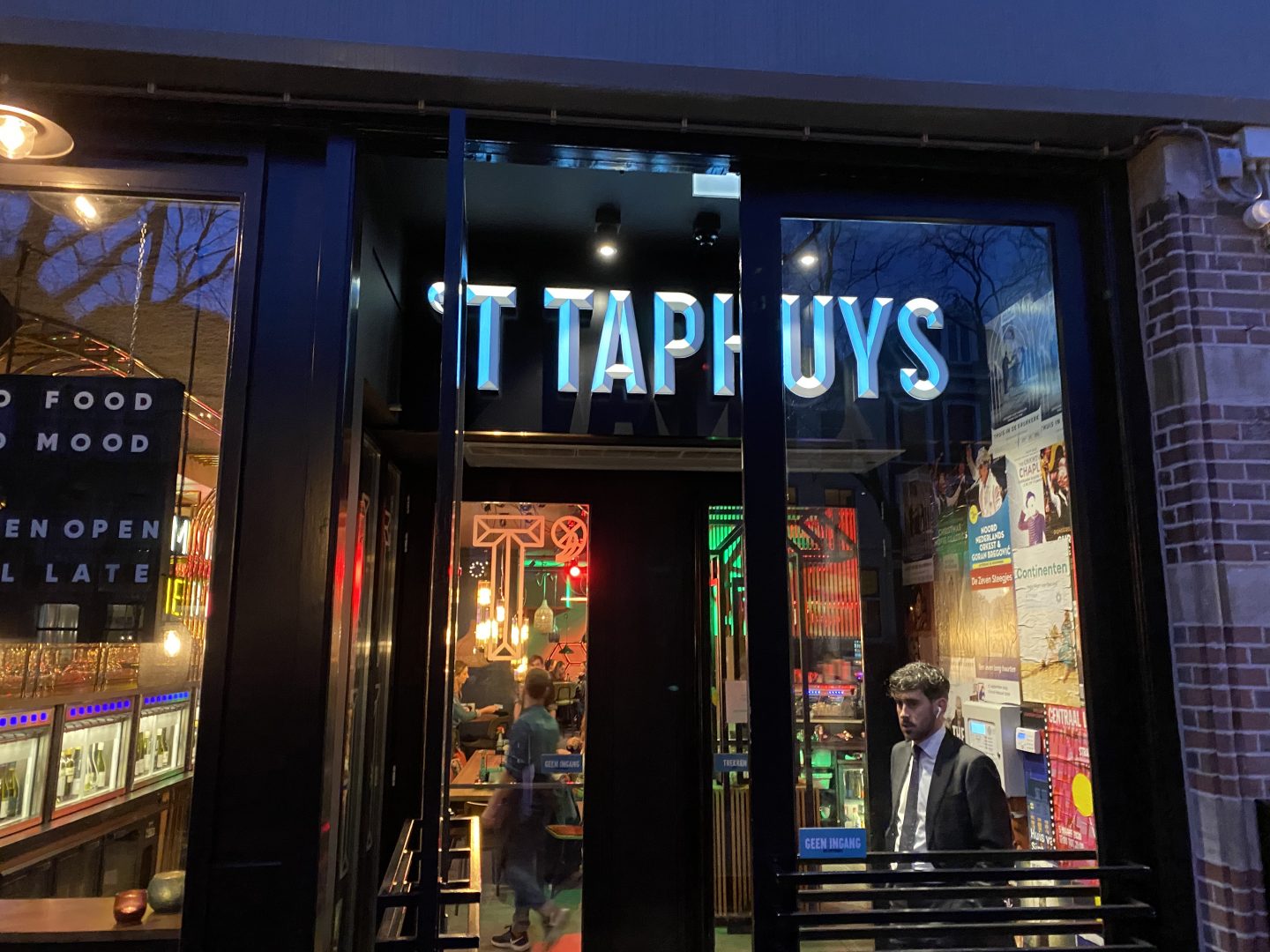 A 68 taps self-pour bar and restaurant in downtown Utrecht.

In addition to all the craft breweries, there were two prominent macro brews: Paulaner and Heineken. There was enough Heineken owned taps that I asked about their possible ownership, but was told it was just due to a discount contract they have. Still, with so many taps available, there remain many that are lesser known and harder to find.

A sizable wine section is available from bottles in the same manner (self-pour). You pay up front. Prices seemed relatively low; I paid $12 and had one full pour and 4 small pours.

It is a decent sized place, but am sure it fills up. Tables are scattered about and there is limited stool seating at the window. You can tap the screen to learn more; some were in English text, but most were Dutch.