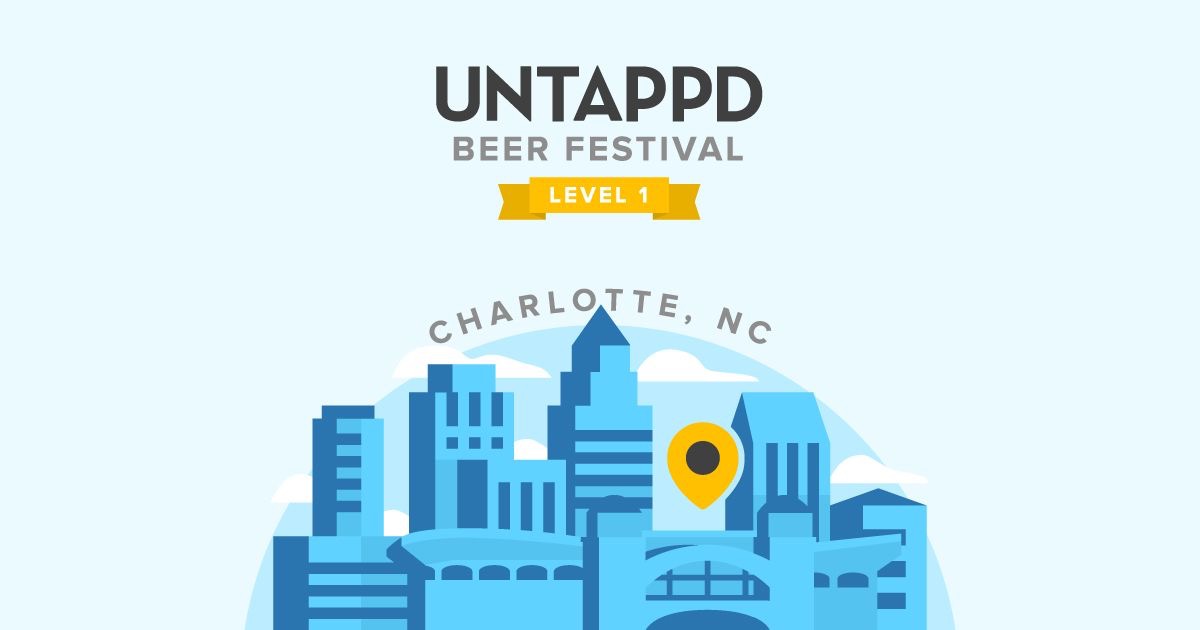 176 breweries committed to pour at the first annual Untappd Beer Festival on May 4th 2019.

The first annual event reportedly drew upwards of 12,000 participants but thanks to the venue size, the football stadium was able to accommodate them all well. Unfortunately, it did mean for much longer lines than you would typically see at a beer festival.

If you were to dig though the FAQ on the event, you’d see bags were to be restricted per NFL bag policy: Clear bag no bigger than 12” x 6” x 12” or a clear one gallon sized freezer bag OR A woman’s clutch no larger than 4.5” x 6.5”. But as you’d expect, a good number of attendees were unaware of the policy and were turned away. The suggestion was to pay the Residence Inn hotel $5 for storage.

GA tickets were $50 for 4 hours, Early Access Tickets were $65 for 5 hours and a VIP option was available for $200 which on top of the 5 hour session would get you exclusive pours from 4 breweries, some food pairings and swag.

Things didn’t start off too strong– the souvenir glass turned out to be a very flimsy plastic which broke easily. There were reports that they ran out of these cups and started handing out solo cups instead. Worse, about a third of the breweries did not have their kegs delivered to their tents during the first hour. The guys at Carolina Bauernhaus said their kegs had not arrived even know they’d been here since Thursday. They just were not delivered to their tent, but lucky for them they had a couple of bottles and poured from those off menu.

I was fortunate to have gotten in with relative ease, I talked to other people who said that they were in line at the wrong location for early entry and were not told so they had to wait in the regular line even though they had early access.

After being spoiled by live music just a couple of weeks ago at Moo and Brew, I may have had unreasonable hopes for a stage show. During the first two hours, there were no band playing, but I heard good things about the music toward the end of the night.

Of course they had a special badge for the event. I was curious if the beer check-in experience would be enhanced at all such as leveraging bar codes for easy look-ups and was happy to see they did manage to make checking in easy. Each brewery had a large QR code you could scan to see the beer available

Early on brewers where generally cautious about running out of beer so pours were smaller averaging 2oz, but this improved as the event went on.

The weather did not cooperate, starting very hot and sunny and then it rained hard. Before the rain really picked up, staff shut things down stopping service and forcing everyone inside for shelter. Thunder was quite loud so it was serious enough that this was a very good and necessary move. Unfortunately, communication was very poor and after almost an hour a lot of people started to leave as Uber rates surged to triple standard rates.

There was very little food among the breweries but inside, stadium service was on, which was so heavily leveraged during the storm that they were running out of condiments for the hot dogs.

The weather was forecasted all week so many expressed frustrating that the breweries were not set up inside to begin with, or moved in after the fact.

We can only hope lessons were learned and they’ll be back next year to try again. Despite challenges, it was an amazing set of breweries with 2-4 brews each. The check-in system was cool and Untappd is a brand we beer lovers want to see succeed!