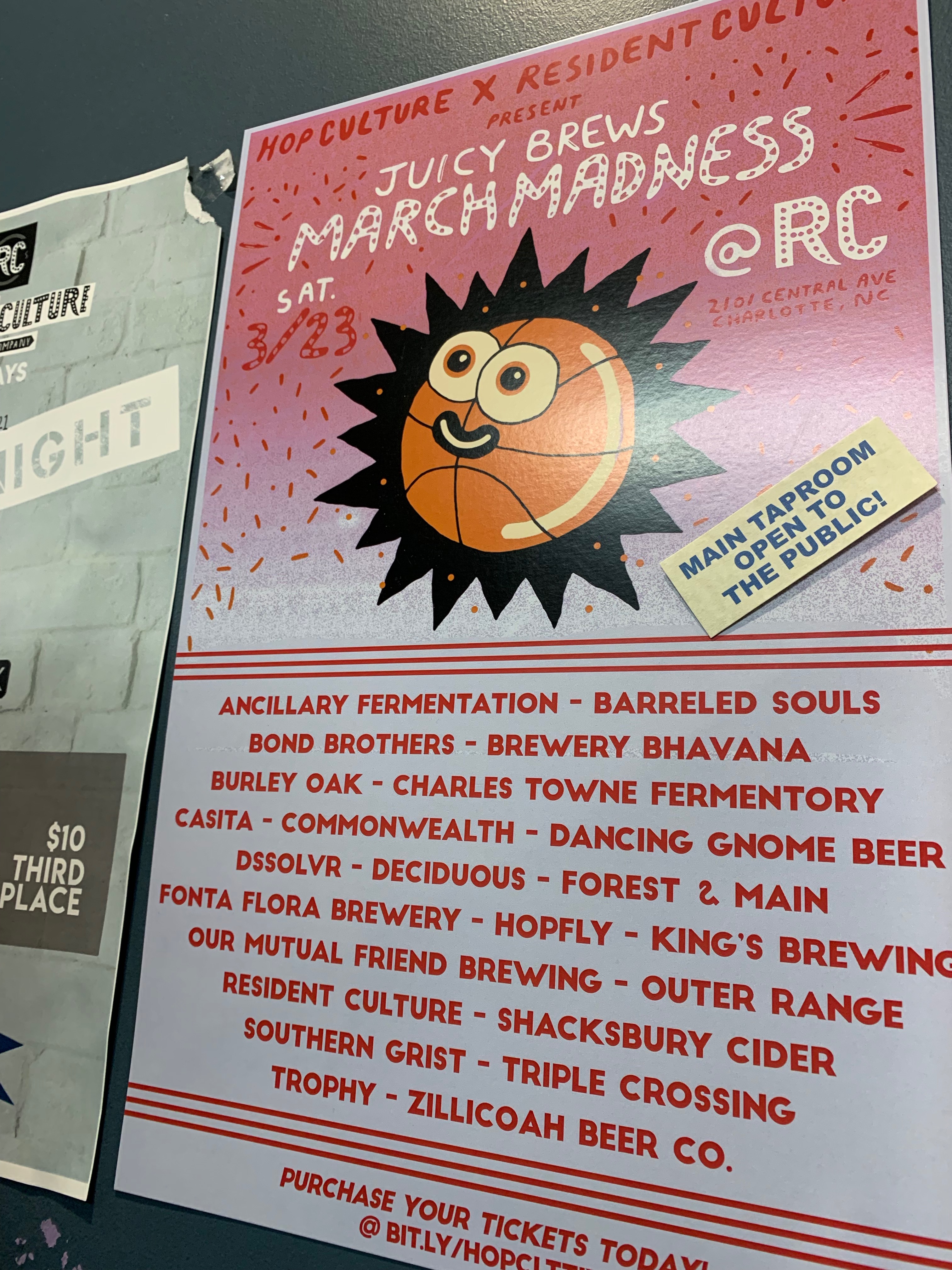 Beer festivals typically focus their marketing on the number of breweries, but in this case it is more about the quality. With 25 brewers, only a few are from the area making this a welcome opportunity for beer fans.

Most brewers had 2-3 beers on tap. I’m some instances, like Fonta Flora, a second tap was shown to either come up later, when another kicked, or at a designated time. The event was from 12-4, which was plenty of time. A couple food trucks were present and a DJ played the entire time with a nice mix of rock and hip hop. A few beers were fresh releases (they were not yet listed on Untappd). Some merch was available from vendors as well as from Hop Culture in the form of official event items including glasses, shirts and hats with a March Madness cartoon theme.

No kids or pets were permitted. It was full, but not overfilled. The event was to be rain or shine and it was a beautiful day. It took place in what is normally their primary parking lot, and I was pleased to find that their overflow parking handled the crowd well. We arrived about 15 minutes late and had no trouble parking, a very short line of about 10 people moved quickly and we were in.

The glass was a small one at about 5oz. Glasses are typically small, but I always prefer a larger glass that is partially filled so it is more useful following the event. It was always filled well though and while it seemed like a solid glass, I heard several dropped that broke (generating a response from the crowd as though someone had dropped their tray in high school cafeteria).