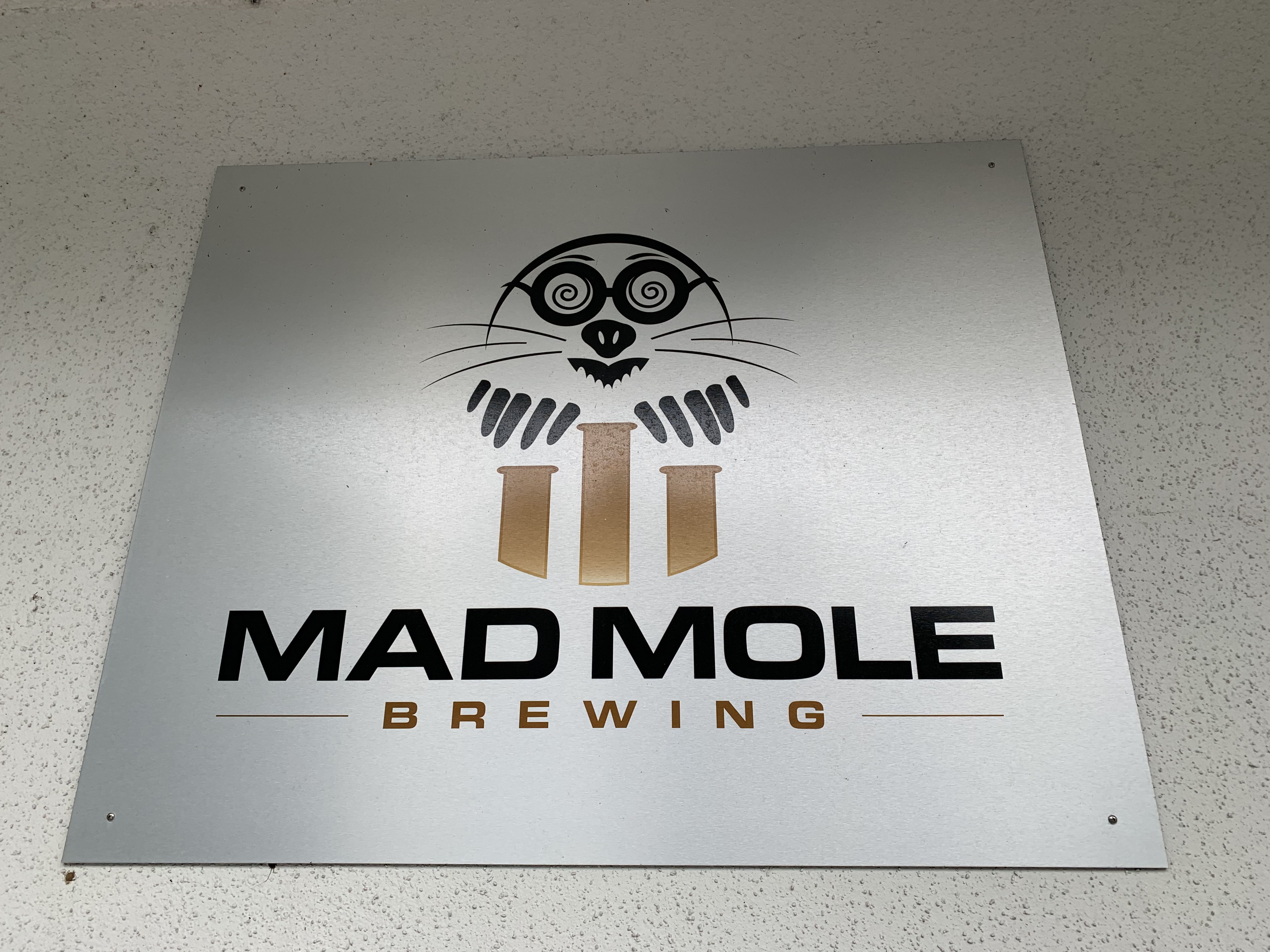 A dozen taps brewed on site, a 15 seat bar and several tables indoors and out.

Pints, crowlers and growlers available as well as flights of 4 5oz pours. There is an open view of brewing facility. The beer menu hangs from signs directly from the tanks. They mix some of their beers too, particularly the Raspberry Berliner Weiss which was quite nice.

The name of the brewery is a combination of the two founders names for “mole” and “mad” because they are both scientists.  There are photographs of scientists around the facility including Einstein, Hawking and Tesla.