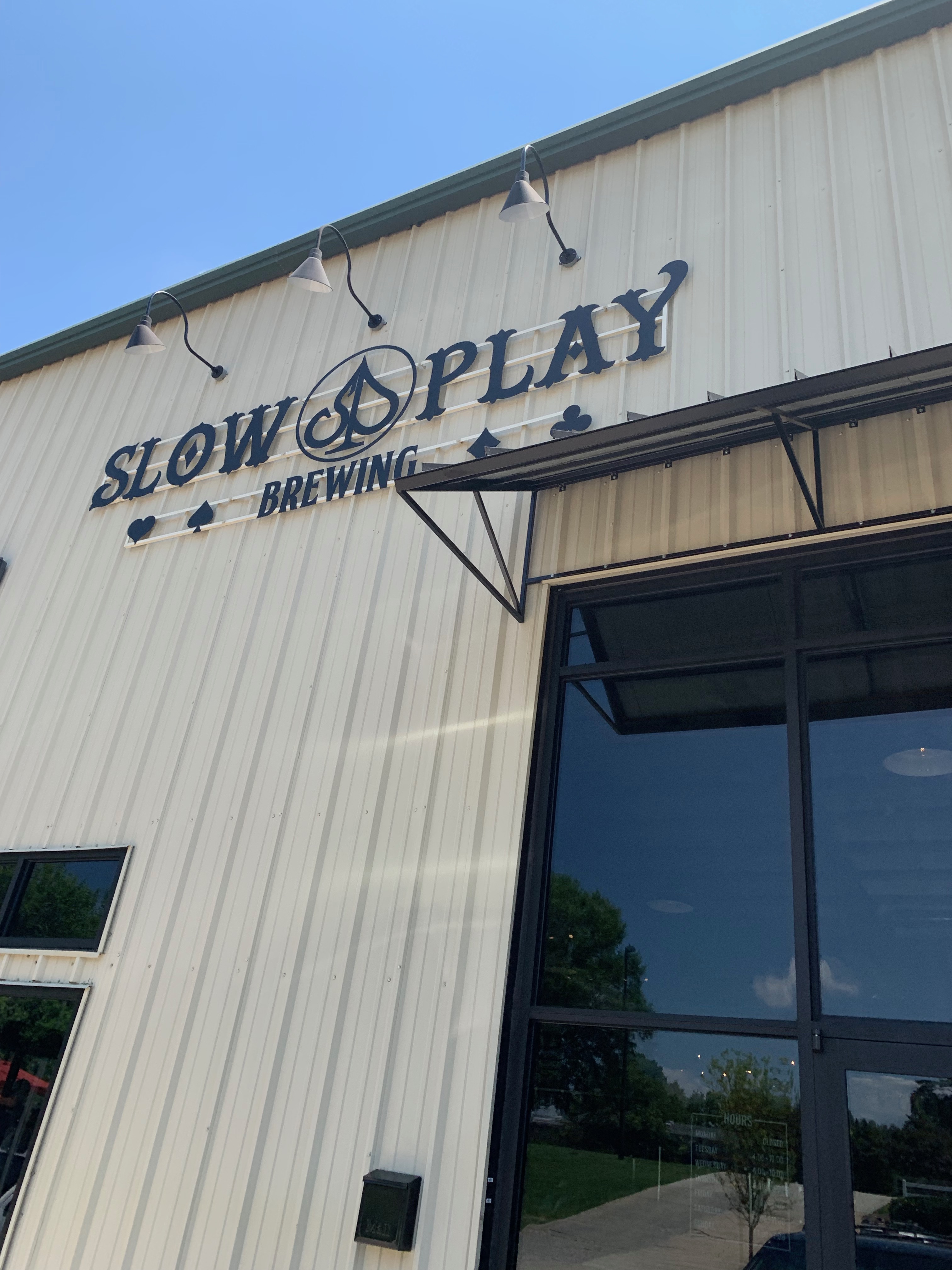 This brewery features 16 taps, a ten seat bar and as many tables with a an open view of brewing operations.

Several board games and a video game as well as a shuffle board table are among the activities you’ll find– and there were more people than usual partaking in games.  Merchandise includes shirts, glasses, hats, and growlers. Crowlers are also available (as well as flights of four).

Their 16 taps included 2 guest taps that were ciders in an attempt to have something for everyone.  A selection of wine and a few cigars are also available.