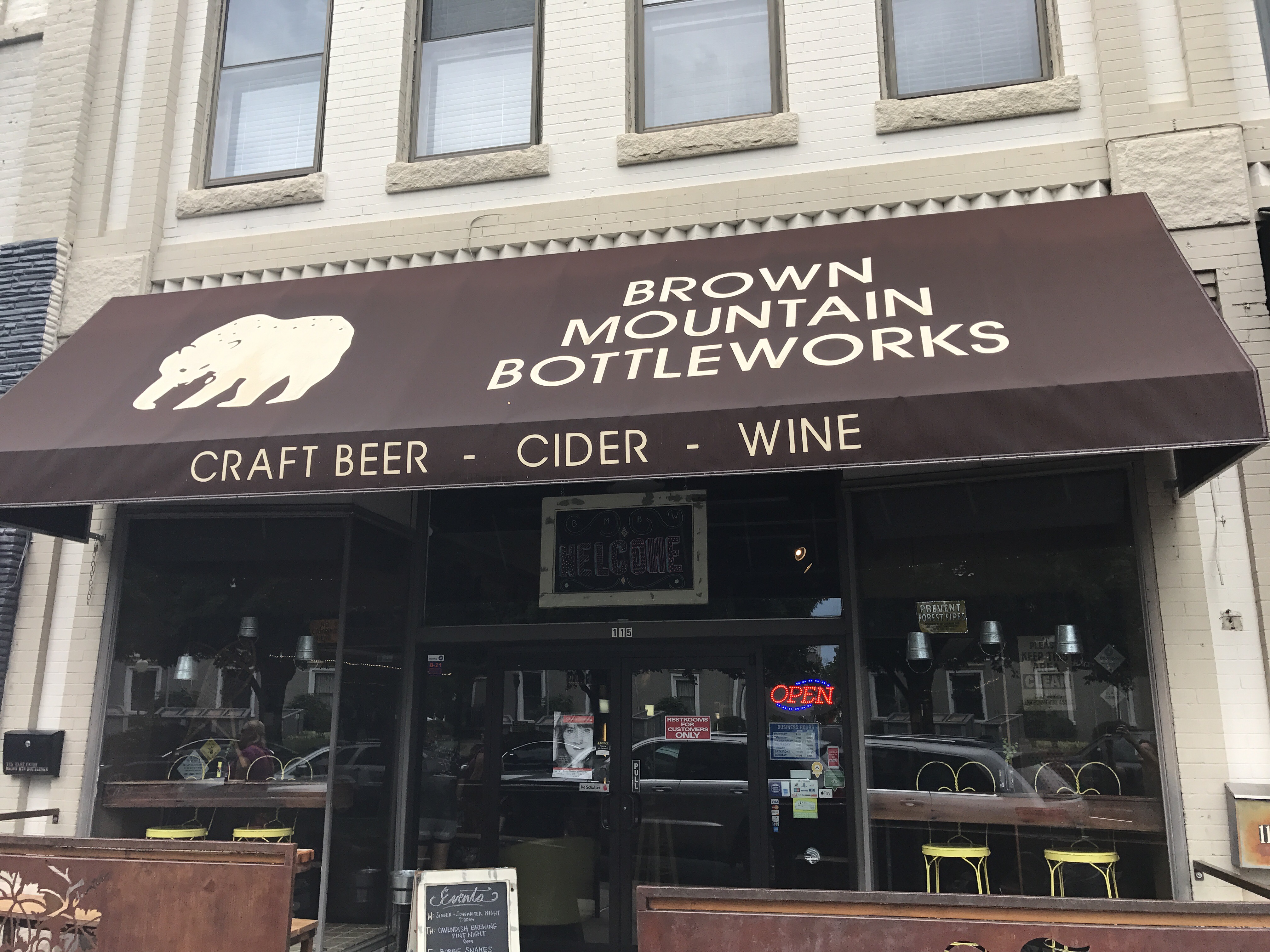 Located between Fonta Flora and Catawba Brewing in Morganton this bottle shop features 12 taps made up of mostly NC area craft beers, typically including a couple of ciders.

It has a large bar, as well as some tables. which are sufficient until things get busy. Live music is provided by small acts that situate themselves just inside the door to the immediate right. Board games are available for anyone desiring some organized fun.

Hours are good for the area which otherwise tends to shut down in the afternoon during the week. The shop sells more than bottles and cans, but also some glasses and items such as hats, stickers, and even carriers for growlers and bombers.

Flights are available and consist of five 5oz pours for $12.