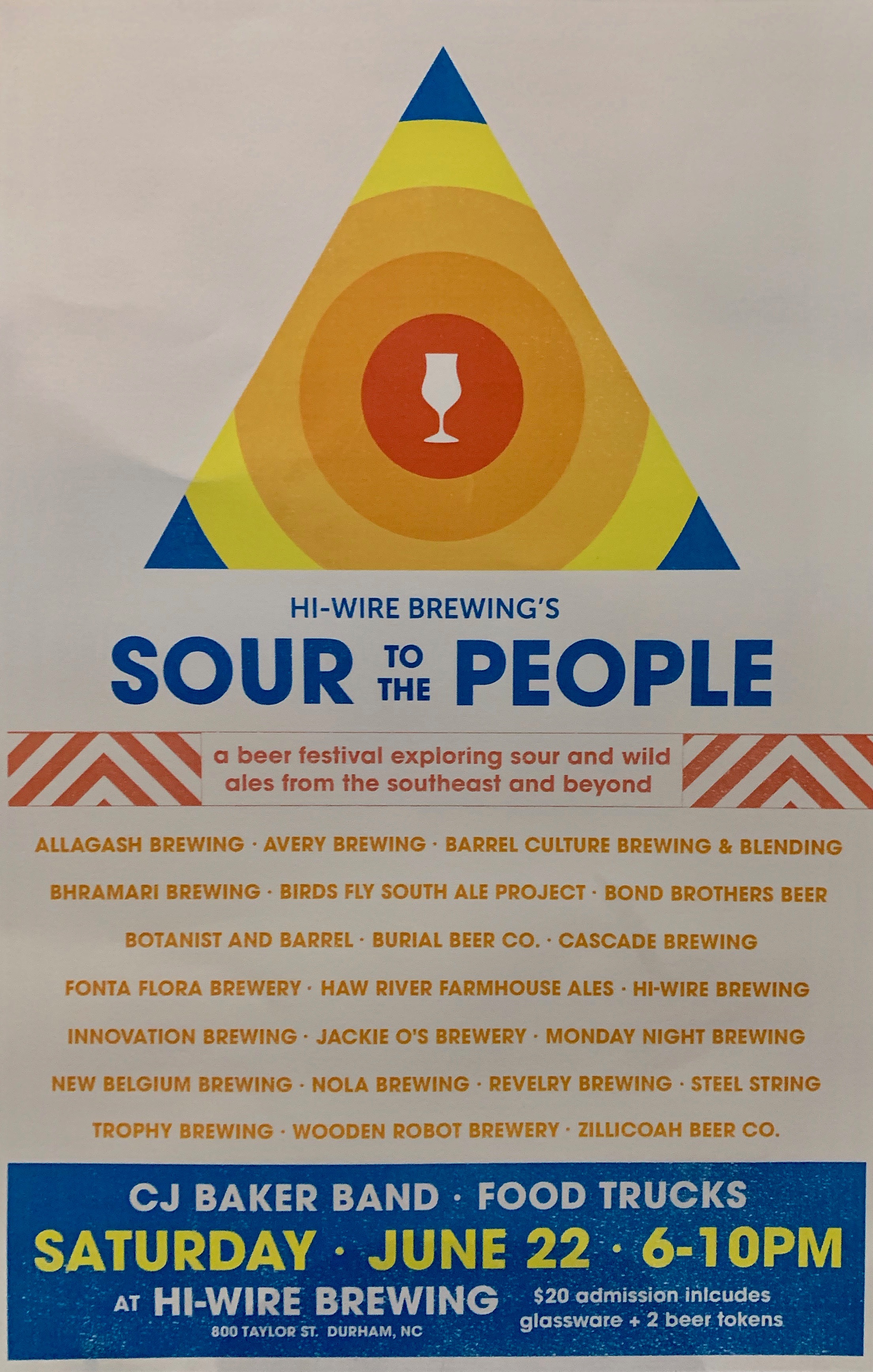 Sour to the People

Entry Included a commemorative glass and 3 beer tokens. Additional beer tokens were on sale for $3 each. Each beer was to be a 4oz pour (per token) but I’m happy to report most were pouring 5-6 ounces.

It didn’t get off to the best start, as it looked like it would rain and the line to get in moved painfully slow. It took me just over a half hour to get in and I watched to see when the line finally died and it was about 7pm.

All 20 breweries were in a single tent in the middle. Hi-wire had a tent of their own off to the size pouring 6 different beers from bottles. Some breweries were pouring from kegs, but most were from bottles. The brewery itself was open for business as usual with lots of indoor games inside.